It’s time to introduce next generation of decentralized autonomous organizations.

Traditional organizations are archaic and autocratic. Their ownership is distributed according to the Pareto Principle where 1% of the shareholders tend own 51% of the shares and therefore they have 100% of the control. Meanwhile, the vision and values flow down to the workers from a President or CEO.

While 20% of the workers produce 80% of the organizations value, 80% of the profits are distributed to just 20% of the owners instead of going the people doing the work.

Fractally is the next step in the evolution of human collaboration.

Public goods are everywhere, from open source software, to scientific discovery, education, journalism, and charity. We all benefit from the altruistic contributions of others. Wouldn’t it be great if we could turbo charge the creation of more public goods! Imagine a world where everyone has incentive to contribute to a cause - a world where the media serve the people and scientists are free to follow their heart.

Decentralized Autonomous Organizations powered by fractal governance invert the pyramid of power and direct value back to those who produce it. These DAOs are the ideal way to organize people to produce goods and services that benefit a community and are otherwise difficult to produce by private, autocratic, businesses.

ƒractally utilizes a revolutionary process to tap the wisdom of the crowds and decentralize power.

This process empowers the people to reach consensus on the relative value of everyones individual contributions. This enables any community to direct their currency toward those contributing the most.

Ƒractally uses Respect as its measure of value. Each community has its own type of ℝespect like countries have their own brand of dollars or pesos. Respect is the real currency that powers civilization. Let’s face it, we all desire Respect and now with ƒractally you can get the respect you deserve.

With fractally, There are many ways to earn respect. You can help Build Consensus, Create Content. Stake Respect…. Provide Liquidity…. Join a team… and last, but not least, recruit people who contribute to the community.

If you cannot contribute directly, then you can always buy Respect from someone who earned it.

How to Build Consensus

Every week, contributors are randomly assigned to a group of 6 people. These people appear on a video conference where they reach a consensus on how to rank each other from greatest to least contributor. Based upon this ranking,

Contributors receive 1, 2, 3, 5, 8, or 13 units of Respect. If consensus is not reached, then no Respect is distributed to the group. This pattern follows the Fibonacci sequence and is one of many ways fractally mimics nature. 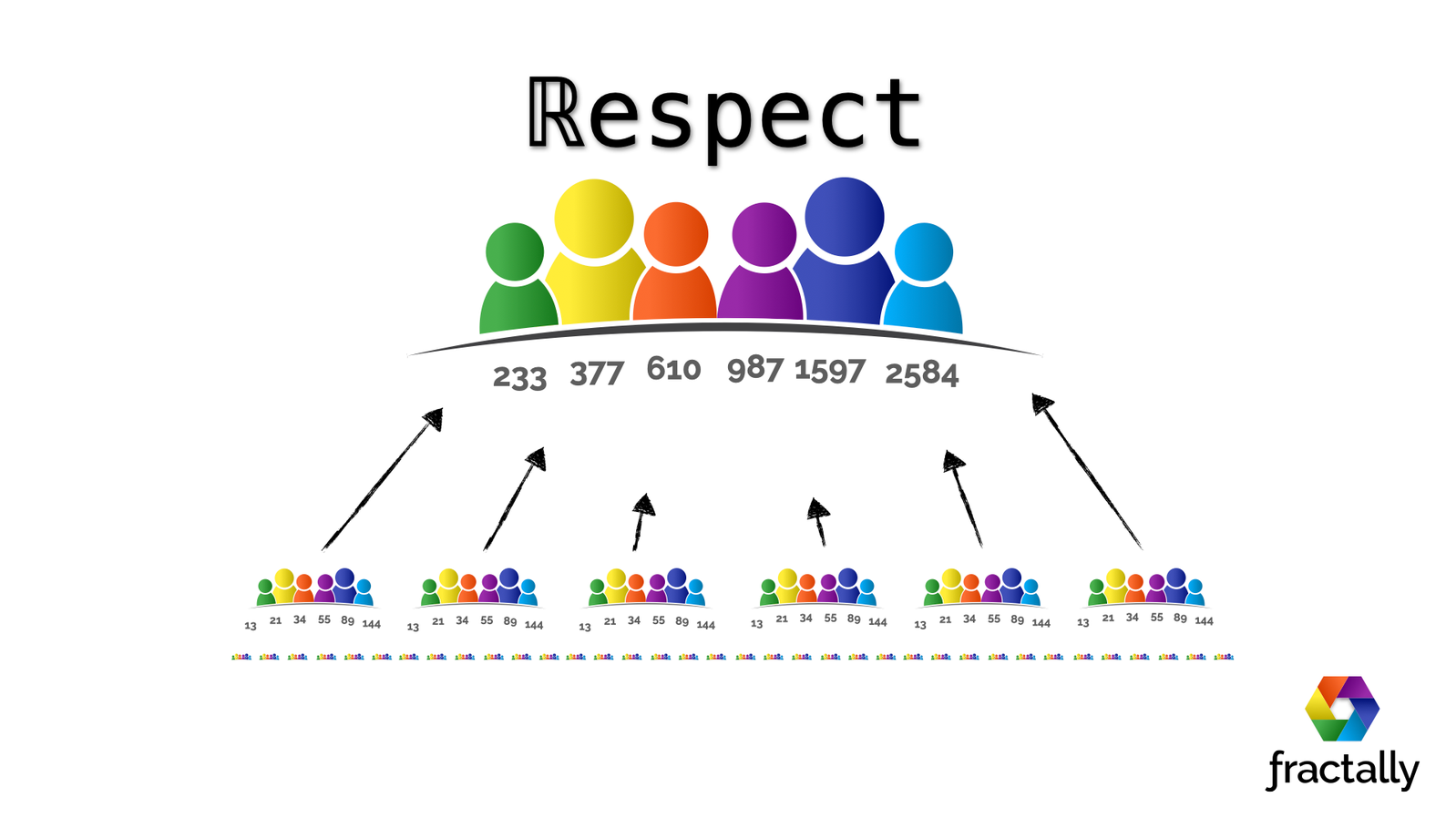 This process then repeats, in a fractal manner, by randomly grouping the most Respected contributors from the first round into new groups of 6. These new groups also rank themselves from greatest to least contributor.The process continues up to 5 times or until there are fewer than 6 people.

Because consensus is built over a recorded video call, and all groups meet at the same time, ƒractally ensures that communities only contain real people and are therefore truly democratic. This foils hackers and bots that attempt to steal the communities respect.

By randomizing group membership and requiring 4 of 6 consensus, ƒractally should practically eliminate party politics within a community.

Everyone has an opportunity to join a team of 4 to 12 people and double their respect.

Teams receives a matching distribution of respect for any respect earned by their members in the weekly consensus meetings. Then, Each team must also reach a consensus on how to divide their budget among the team members. If your team decides you are not carrying your weight, then they can vote you off the team.

Teams allow you to build relationships and get recognized for contributions not easily observable by the broader community.

Sharing information may be the single best example of a public good. We all benefit when the most valuable information is discovered and published to an easily accessible database. Every community votes on the content they value most, Whether it is scientific research, entertainment, investigative journalism, blogging, or cat videos.

You earn respect when the community likes your content.

The weight of your like is determined by your ranking in the weekly consensus meetings. In large communities, highly respected community members can have a vote that is 30 times stronger than the least respected contributors.

After 48 hours, the likes are tallied relative to other content, and the contributor receives the appropriate respect.

Now that we’ve talked about some of the many ways to earn respect, let’s talk about community makes global decisions. Every team must reach consensus on a team leader and they may change their team leader at any time with 2/3s approval. 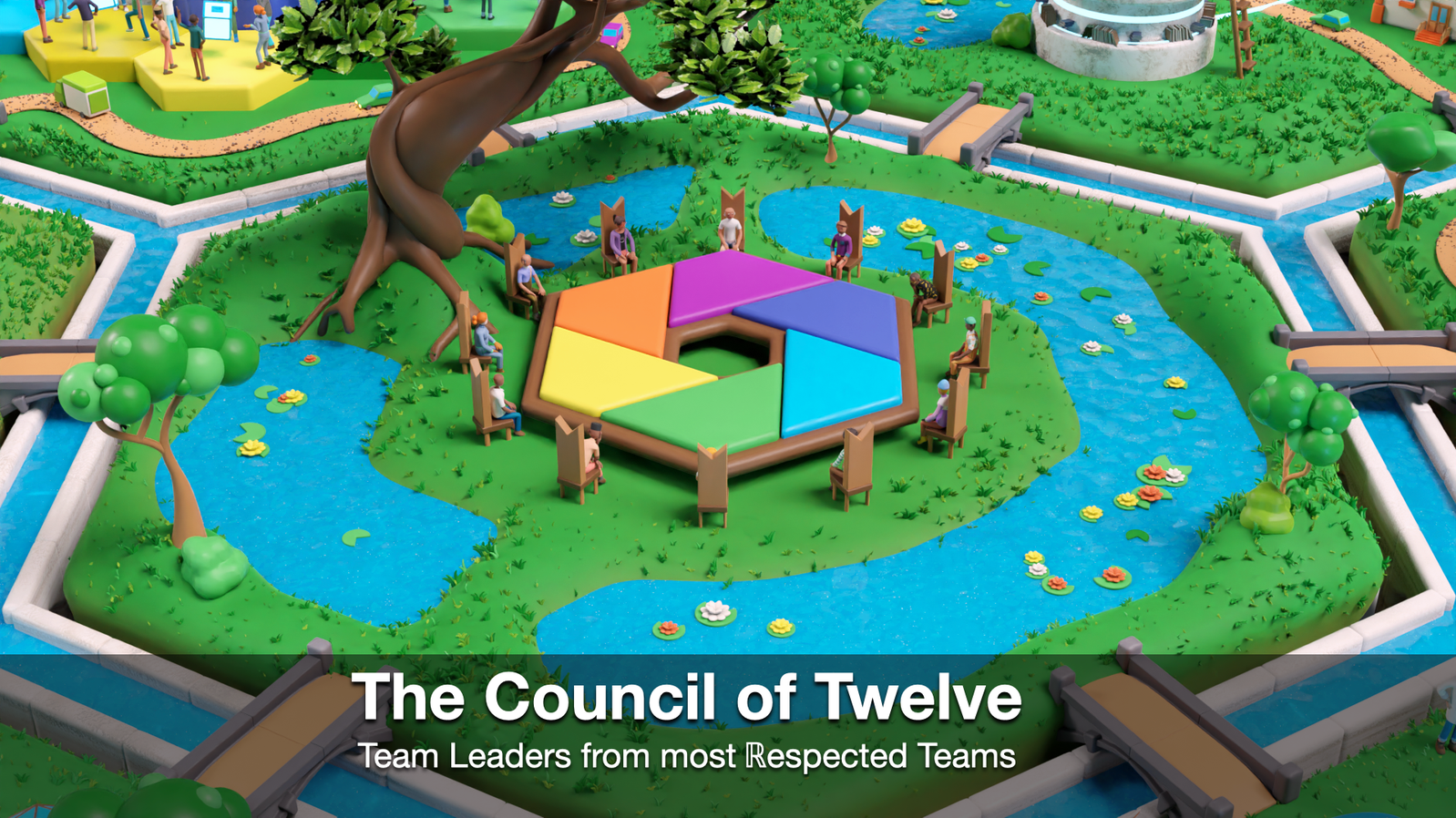 The top 12 team leaders from the teams which have earned the most respect over the past 3 months form a council. This council has complete authority over changing community policies and the blockchain powered smart contract that mediates community interactions.

But before any action of the council of 12 takes effect, a mandatory 3 day waiting period is observed during which time the teams have an opportunity to change their leader and retract their vote.

Putting everything together, Fractally provides communities a framework that leverages the power of blockchain technology to motivate people to put in the effort to achieve a communities goals. This is only possible with a process that builds trust and accountability by design.

Everyone benefits when we all work together! Do you have something to contribute? ƒractally encourages you to go for it and earn the respect you deserve! 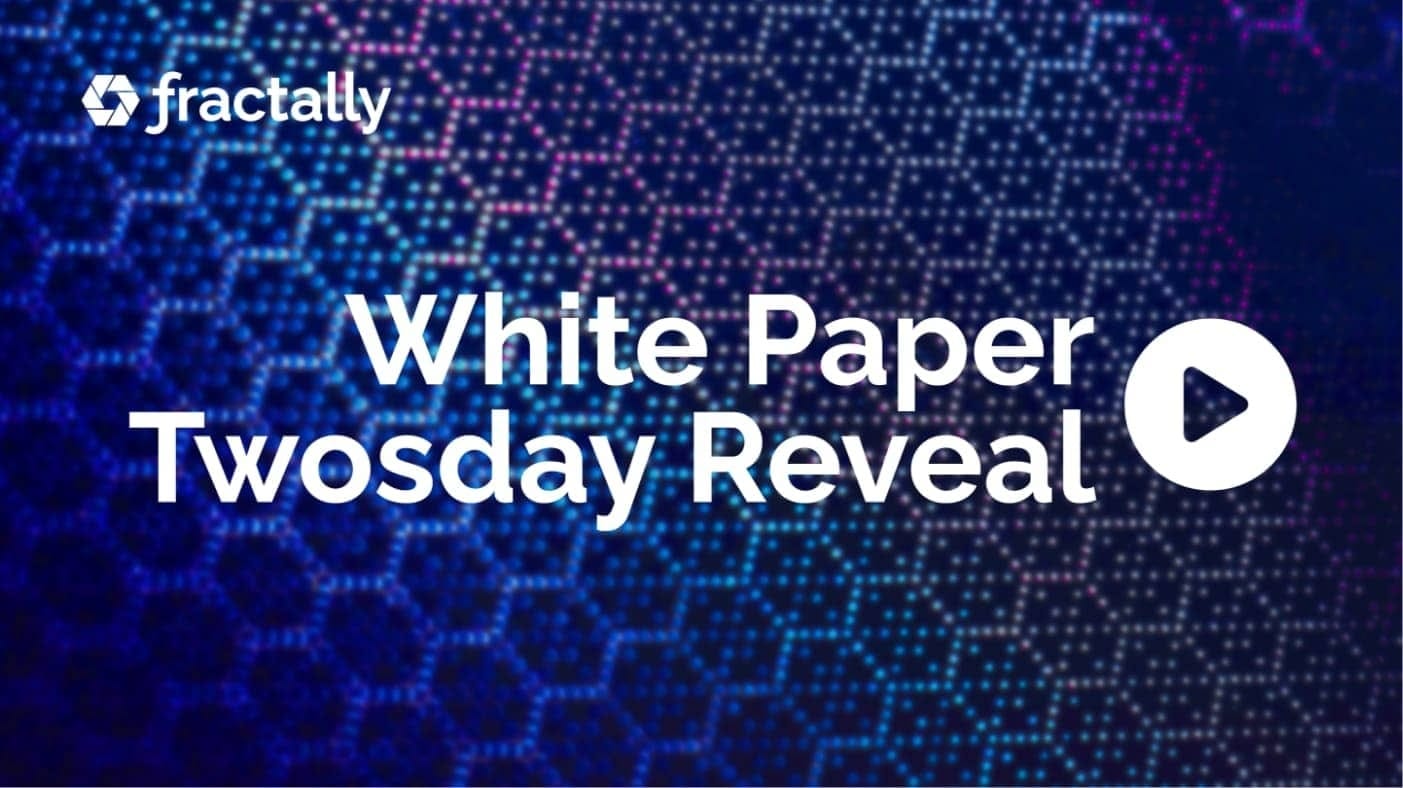